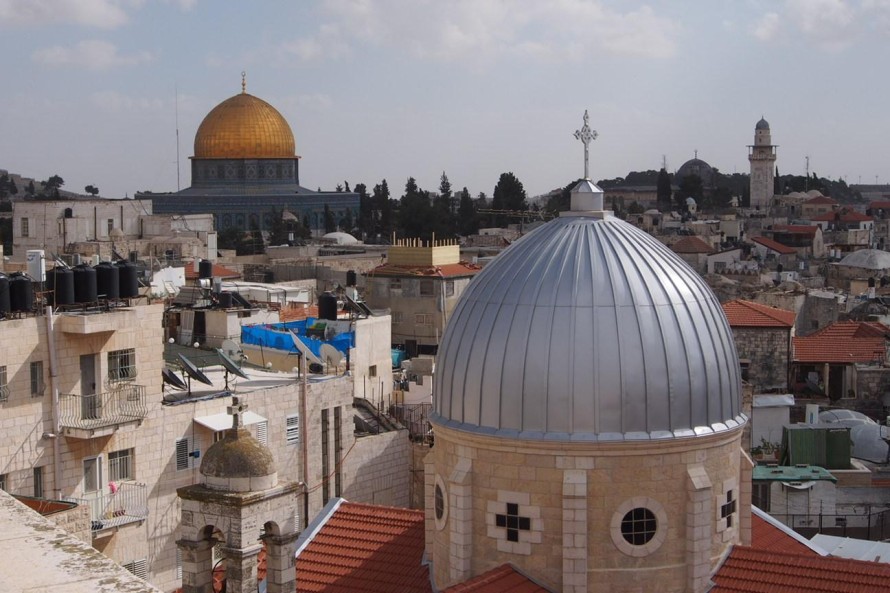 The Dome of the Rock, Islam’s third holiest site, crowns the Temple Mount and the Old City skyline. Completed in 691, for Muslims, it marks the place of Abraham’s offering of Ishmael (rather than Isaac as in biblical tradition), Solomon’s Temple and Mohammad’s heavenward flight. Its form was intended to recall the dome of the nearby Church of the Holy Sepulchre, but to have outdone it in opulence. The Dome has survived all of Jerusalem’s wars and earthquakes. The outside was retiled in 1963 and the dome was re-gilded in 1993-94.